Visit my new site at http://suffolkbirder.co.uk/ for the latest updates


I headed out to the patch around mid-morning and hopes were high that I would get at least 1 spring migrant either in the form of a Chiffchaff, Firecrest or Black Redstart. However as usual things didn't work out like that, I didn't manage to uncover any of these, instead I saw 2 fantastic Red Kites. Whilst watching the gulls on the pig pool all the birds got up and flew around, instantly I looked up and had 2 low flying Kites that slowly drifted north a rather nice addition to my patch life list.
The collection of gulls held the Iceland Gull I saw a couple of weeks ago but little else, but I cant complain. A few Meadow Pipits heading north hinted that a few other birds were on the move, lets hope that a few spring migrants drop in for my next visit. 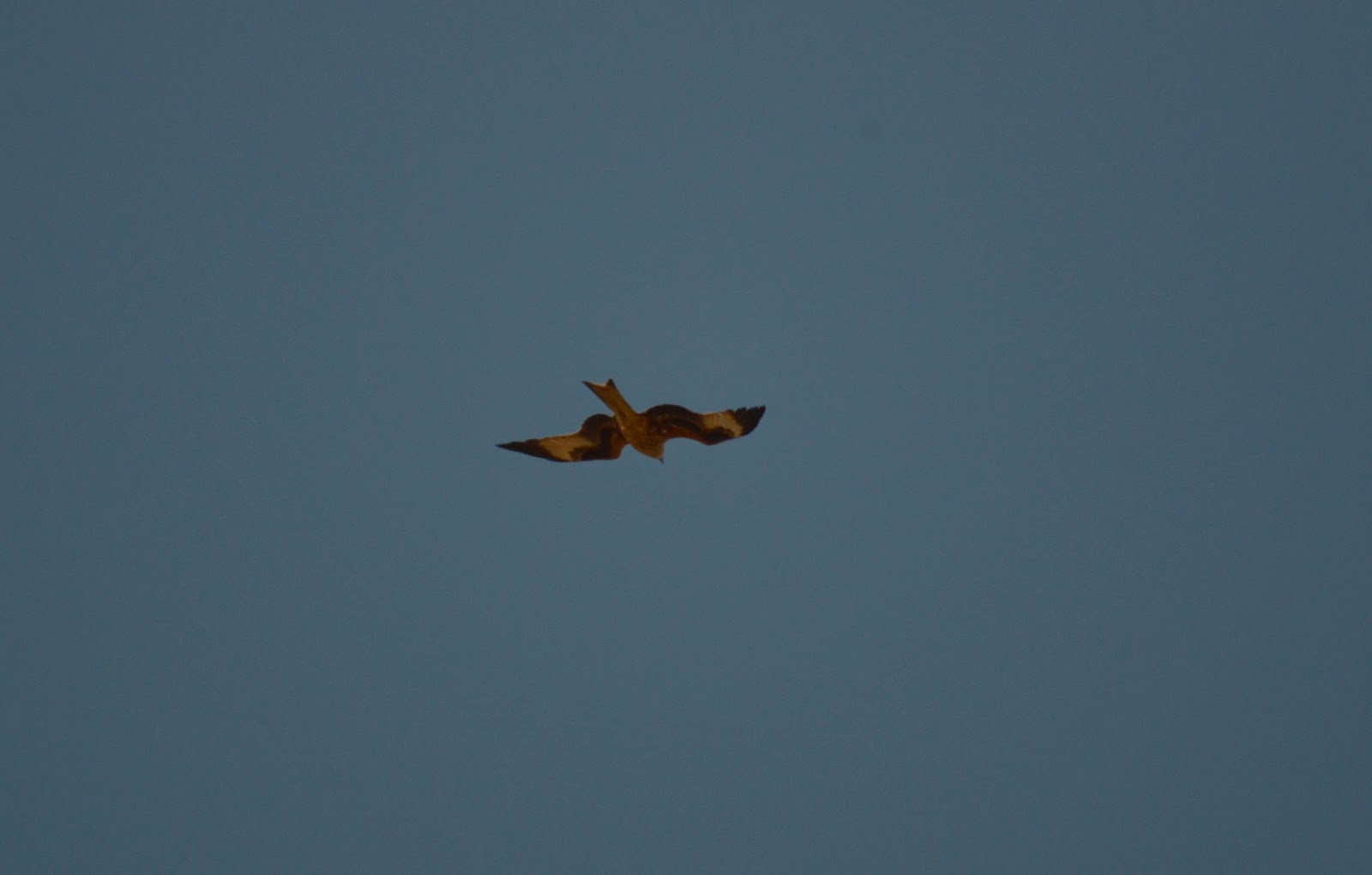 Having been unable to visit the patch much this year and with an Iceland Gull being reported there a few times I headed over today. As is usual for this time of year there was little about with the sea providing most of the interest. I kept giving the gulls a look that were present on the pig field at the north end and on my 4th visit I picked out the Iceland Gull as it flew in from the north. I kept to the back of the field, hence the bad photo. I also picked out a couple of Med Gulls and a very petite Herring Gull that was only just a little bigger than the neighbouring Common Gulls but it was spooked and flew off south. 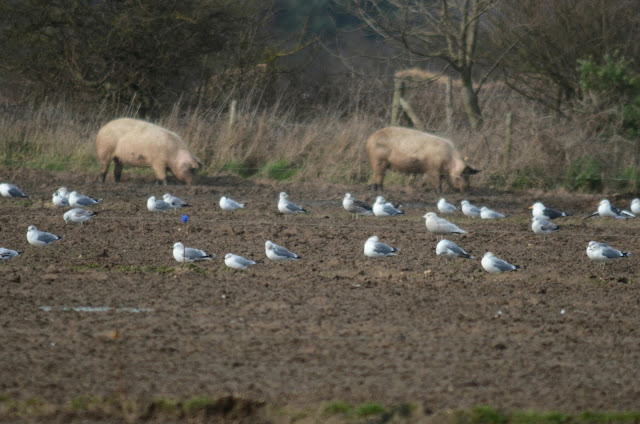 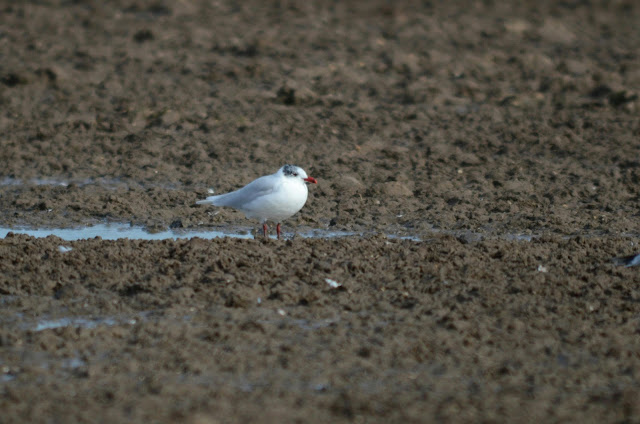 I managed to get to the patch briefly on Sunday morning, mainly in the hope the Iceland Gull would pit in an appearance. Predictably it wasn't in the mass of loafing gulls but a smart adult and 1winter Mediterranean Gull were good compensation. The pig pools look good for the spring as water levels are, unsurprisingly, high. 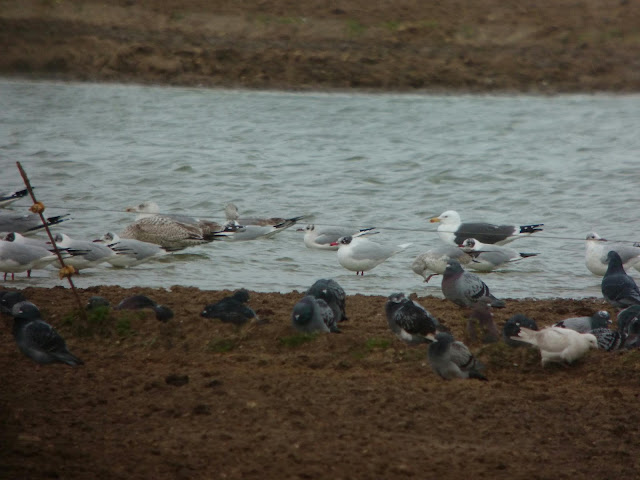 Well is been a while since I update my blog so I thought I would drag bring it up to date. Well following my first trip to Fair Isle and Shetland the remainder of 2013 was on the whole fairly quiet, a few birds do stand out and these included 3 lifers, Parrot Crossbills, White-billed Diver and Brunnich's Guillemot. The Parrot Crossbills were also a Suffolk tick and they showed well when I went for them on the afternoon the 23rd November. These birds were ultra distinctive and left me in little doubt as to their identification, unlike some of images I had seen of other claimed Parrot Crossbills in the UK. 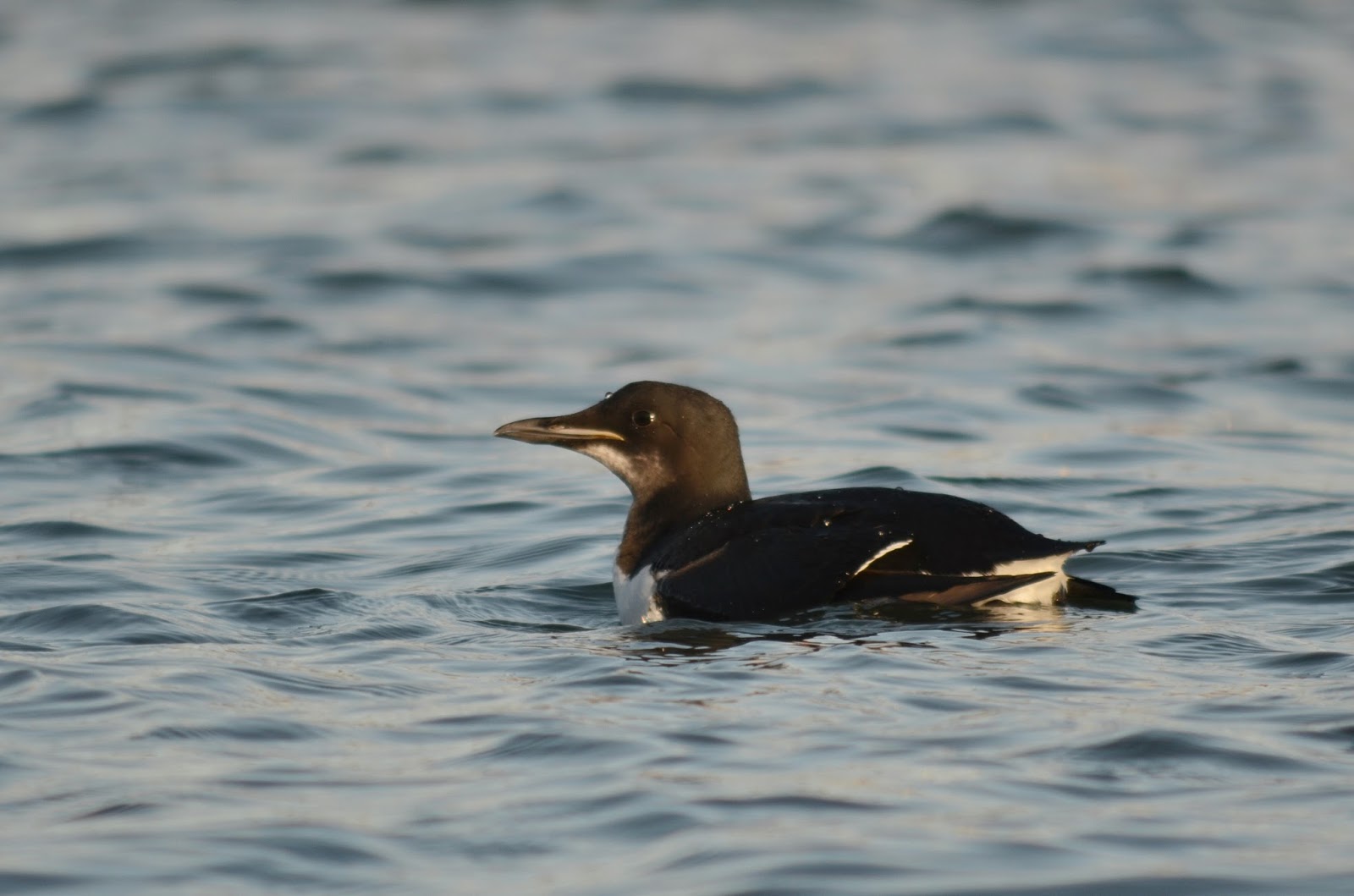 The Brunnich's Guillemot gave us the run around initially but did give itself up in the end and showed down to a few feet. A supporting cast of Black Guillemot, Black-throated Diver, Slavonian Grebe and Red-breasted Merganser all made for a great trip. Onward to the White-billed Diver!!
The White-billed Diver was my 13th tick of the year but although showing well for most of the time we were there it remained out of range for the camera.

The Start of 2014 saw me start in a new job at Viking Optical Halesworth and hopefully many happy days ahead, bit of a kid in a sweet shop if i'm honest and lots of toys to play with and exciting projects ahead.
I haven't had much time to bird so far and not done any twitching, but what time I have had has been spent on the River Deben photographing the goings on on the river and also the birds the inhabit the area.


I hope that updates will be a bit more frequent from now on and having some good birds to post about will be a bonus!! 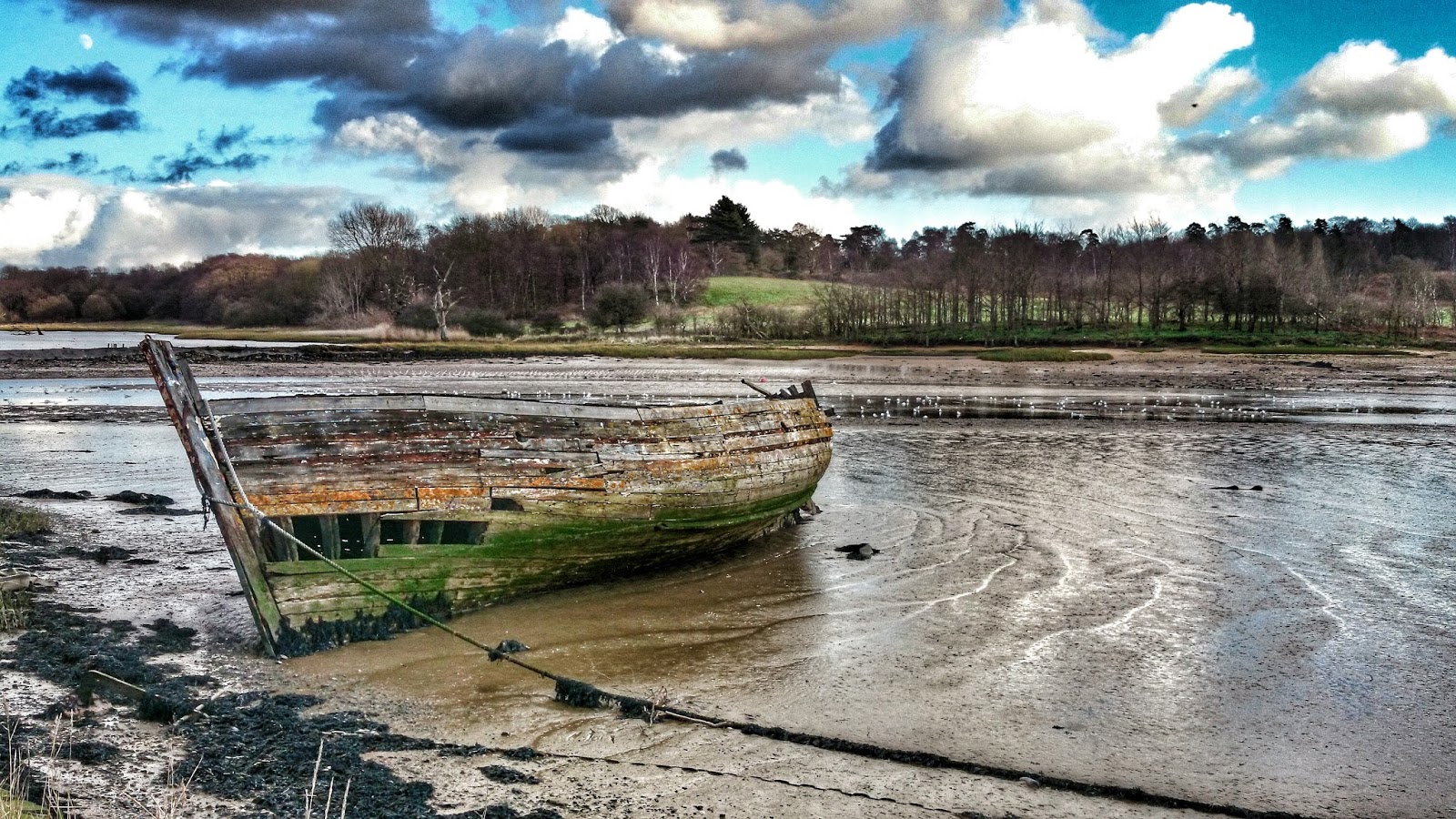 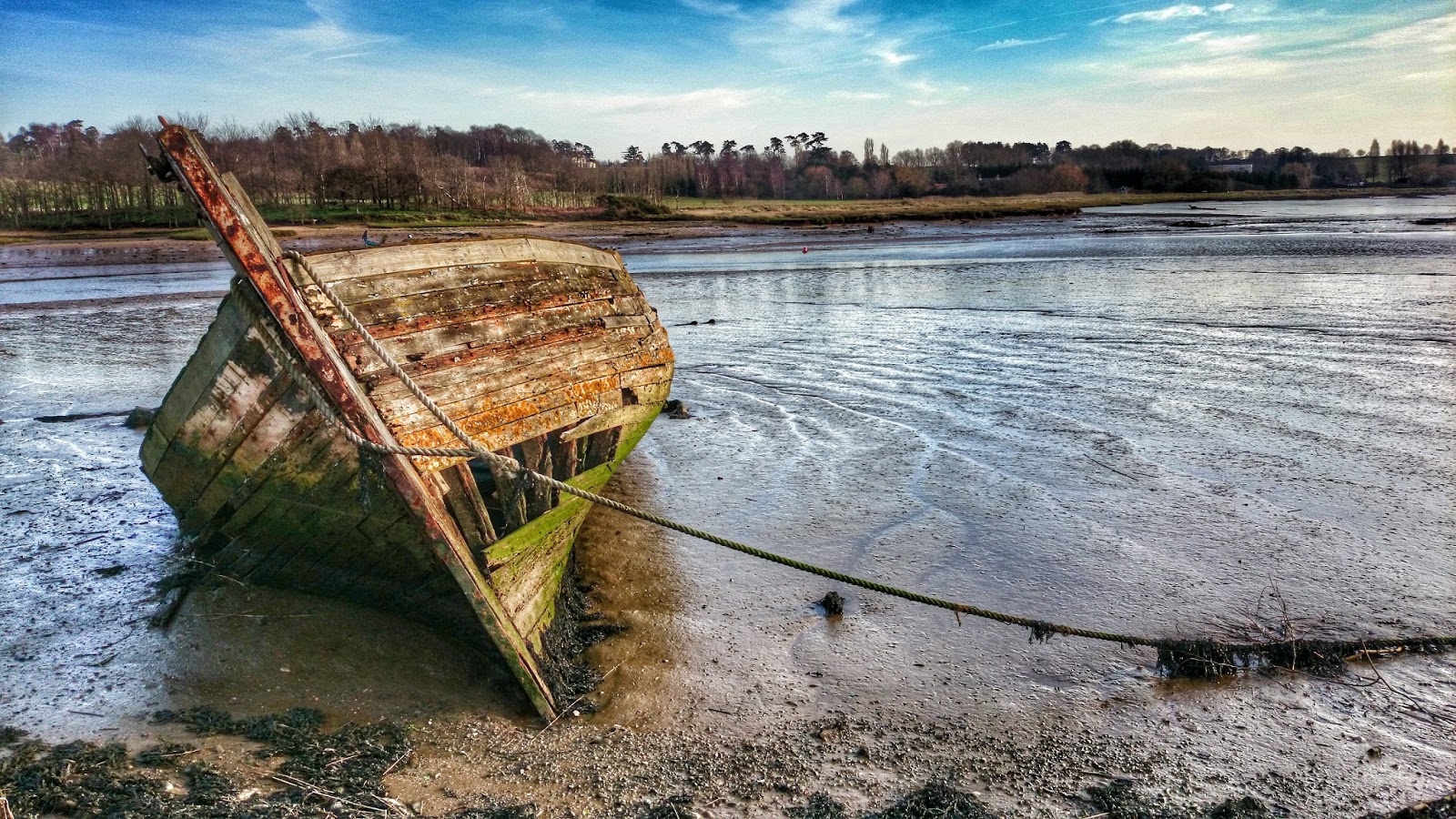 We after 12 days on Fair Isle and mainland Shetland here are some of the Highlights
Thick-billed Warbler, Lanceolated Warbler, Syke's Warbler, Eastern Olivaceous Warbler (all lifers) Olive-backed Pipit, Short-toed Lark, Red-breasted Flycatcher, 35+ Yellow-browed Warblers, 2 Barred Warblers, Dotterel, and several each of Jack Snipe and Lapland Bunting. Oh an who could forget the great scenery, hospitality and fantastic company.

The first full day on Mainland Shetland was windy and damp with drizzle on and off all day. We spent the morning birding around the accommodation, finding Spotted Flycatcher, a couple of Yellow-browed Warblers, and Blackcaps. After that we headed to Voe in search of the Arctic Warbler that had been present for a few days. The Warbler wasn't present but we did find a new Red-breasted Flycatcher and a supporting cast of 2+ Yellow-browed Warblers, blackcaps, Great spotted Woodpecker, Siskin and Chiffchaff. The rest of the day was spent birding different spots around the Island but only produced more Y B Warblers and  2 Goldfinch (scarce on Shetland).
The 7th was less windy but with low cloud and almost constant light rain. We headed to Yell in search of the Buff-bellied Pipit but it failed to show in the time we were there. We did get great views of the Eastern Subalpine Warbler as the rain got heavier around late morning. We spent the rest of the day birding around Yell finding yet more Y B Warblers with every area we looked at having one. A Siberian Chiffchaff was also found and was a first for me as I have never seen one that has had enough plumage characteristic to tick with confidence. A Reed warbler gave us the run around for well over an hour at one garden before giving itself up and showing well, if only it could have been a Blyth's Reed!
The 8th was our last day as we were travelling home, and what a mad and exhausting series of events that was. We did however manage to get great views of the Short-toed Lark at Sumbrugh before we left. The journey home involved delayed flights from Shetland, plane breakdown (again on Shetland), running for plane at Stansted with minutes to spare, and problems in the car park. In all I was rather glad to make it back home at 8pm and still can't believe we made it. 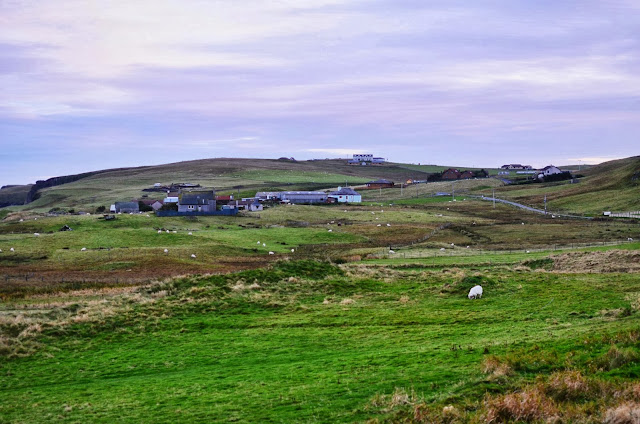 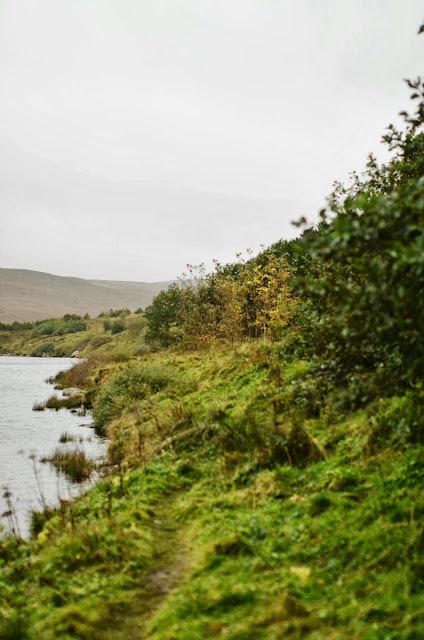 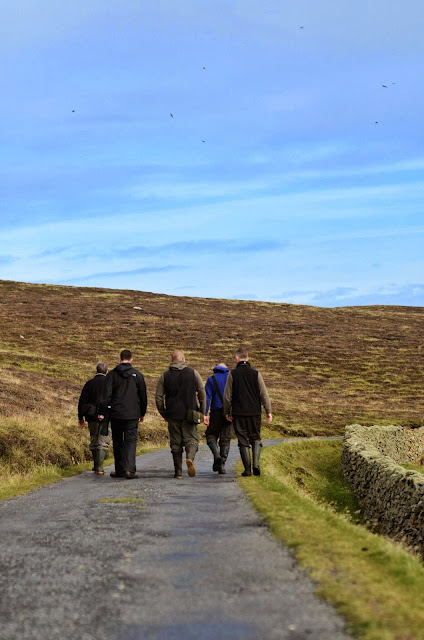 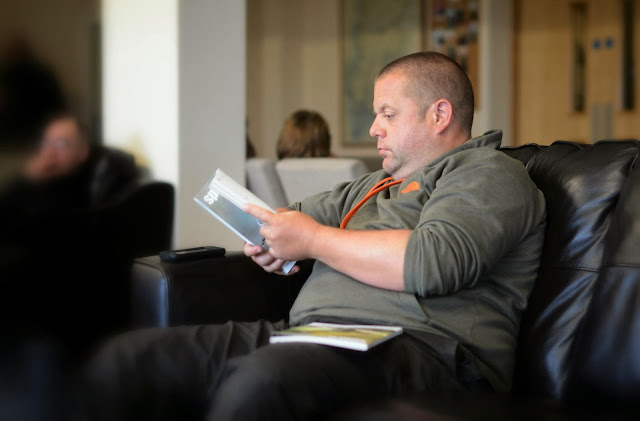 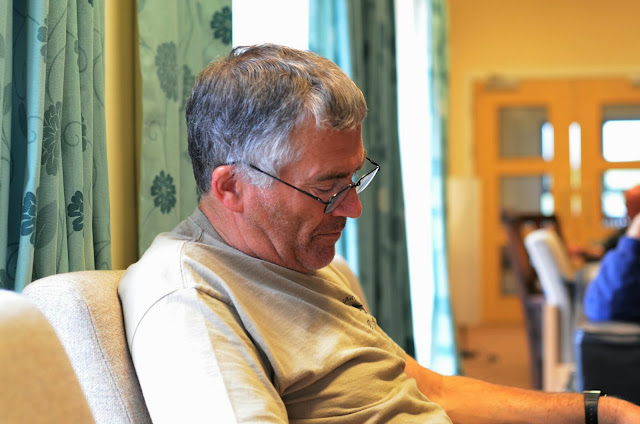 At the moment I use;

Pageviews from the past week